The Kajínek phenomenon
Jiri Kajinek was sentenced to life imprisonment for two murders and one attempted murder. He never confessed to these crimes, accused the police of having fabricated the lawsuit and the court of being prejudiced. He gripped the attention of the whole Czech Republic through his incredible escape from the prison Mirov as it was the first one in it´s history (and it was built in the 16th century). He was apprehended after five weeks. But thanks to the interest of the media, numerous discrepancies were detected in the case, and later even new evidence was discovered, and testimonies were forthcoming. Three Ministers of Justice filed complaints for errors committed during the investigation and numerous witnesses took back their testimonies against Kajinek, stating they had testified untruthfully – under pressure from the police.
Finally in May 2017, after 23 years of imprisonment – Jiri Kajinek got a presidential pardon. Also because of the movie….

Synopsis
Action thriller inspired by the story of Jiří Kajínek, who is considered the first assassin in the Czech Republic. Thanks to his repeated escape from the prison he became a legend and the most wanted man in Europe. The five weeks he spent eluding police, was shrouded by mystery. Had Jiří Kajínek been a victim of a conspiracy or a cold-blooded killer? Was he trying to prove his innocence or intimidate and influence witnesses? It is filled with a double murder, a lawyer seeking new evidence, and the manipulation of government by organized crime – but even once he is recaptured, there is a promise for continuation of the story. But not in the film – in the real life.

Action thriller inspired by the story of Jiří Kajínek, who is considered the first assassin in the Czech Republic. Thanks to his repeated escape from the prison fortress Mírov he became a legend and the most wanted man in Europe. Five weeks of eluding the police, is still shrouded by mystery.
Film is a powerful story of Kajínek the most famous prisoner in Czech history. It is the story of a double murder, his lawyer seeking new evidence, the story of organized crime and its penetration into the government and the story of manipulation. Is Jiří Kajínek a victim of conspiracy or cold-blooded killer? Does he tries to prove his innocence or to intimidate and influence witnesses?

Facts
The film was seen by 120,000 viewers for the first weekend in the Czech Republic which is a historical record. Salesexceeded BO: CZK 83.5 million.
In 2011 the film won a Czech Lion for best male performance in a Supporting Role Vladimir Dlouhy. The Film Festival Policière de Liege in Belgium in April 2011 won the Youth Jury for Best Film.

KAJINEK IS THE HIGHEST GROSSING THRILLER IN CZECH HISTORY 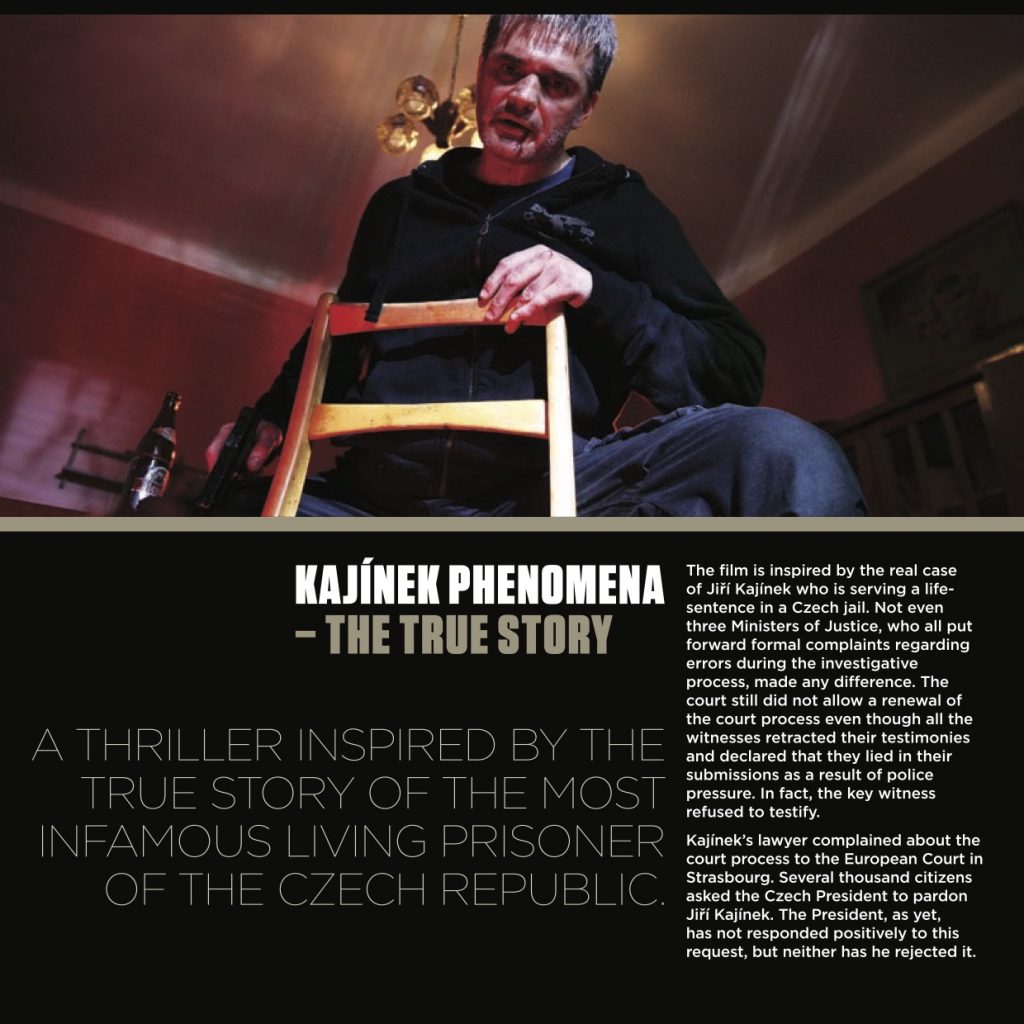 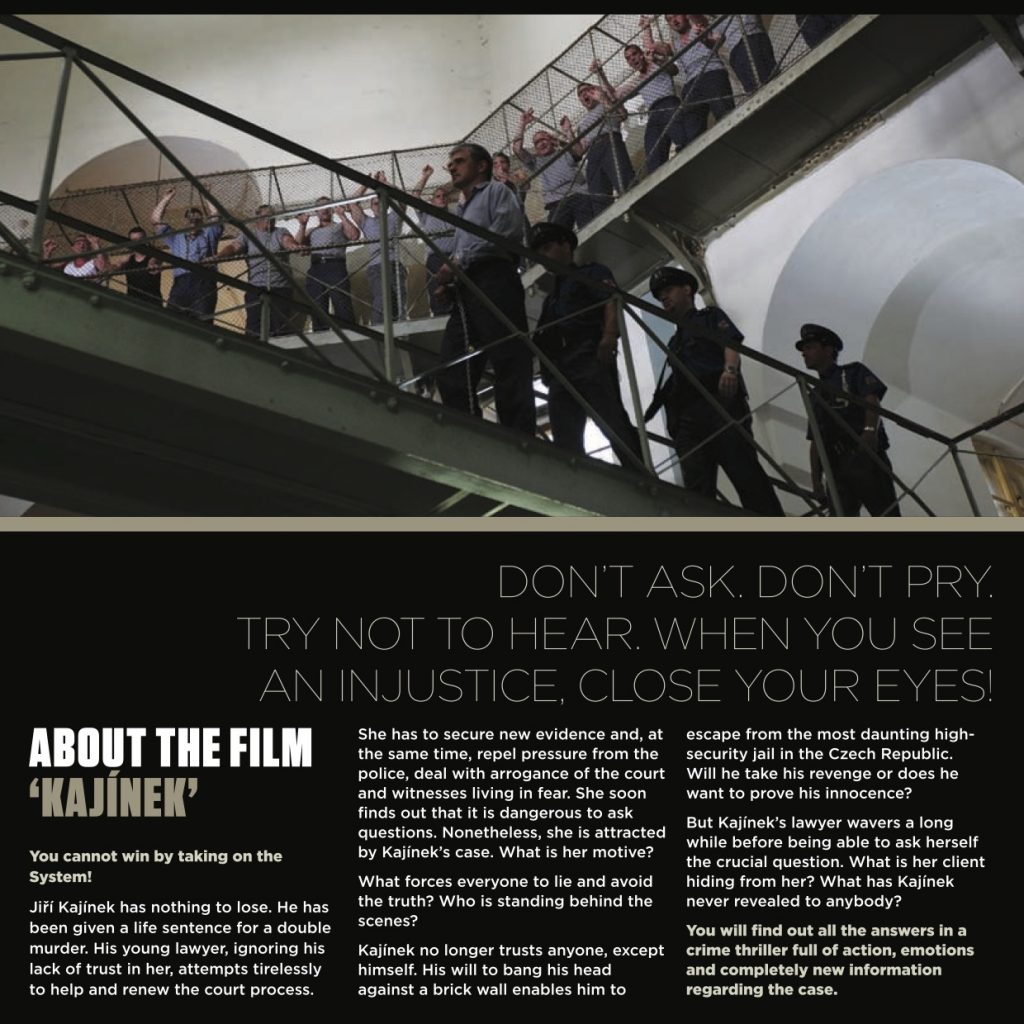 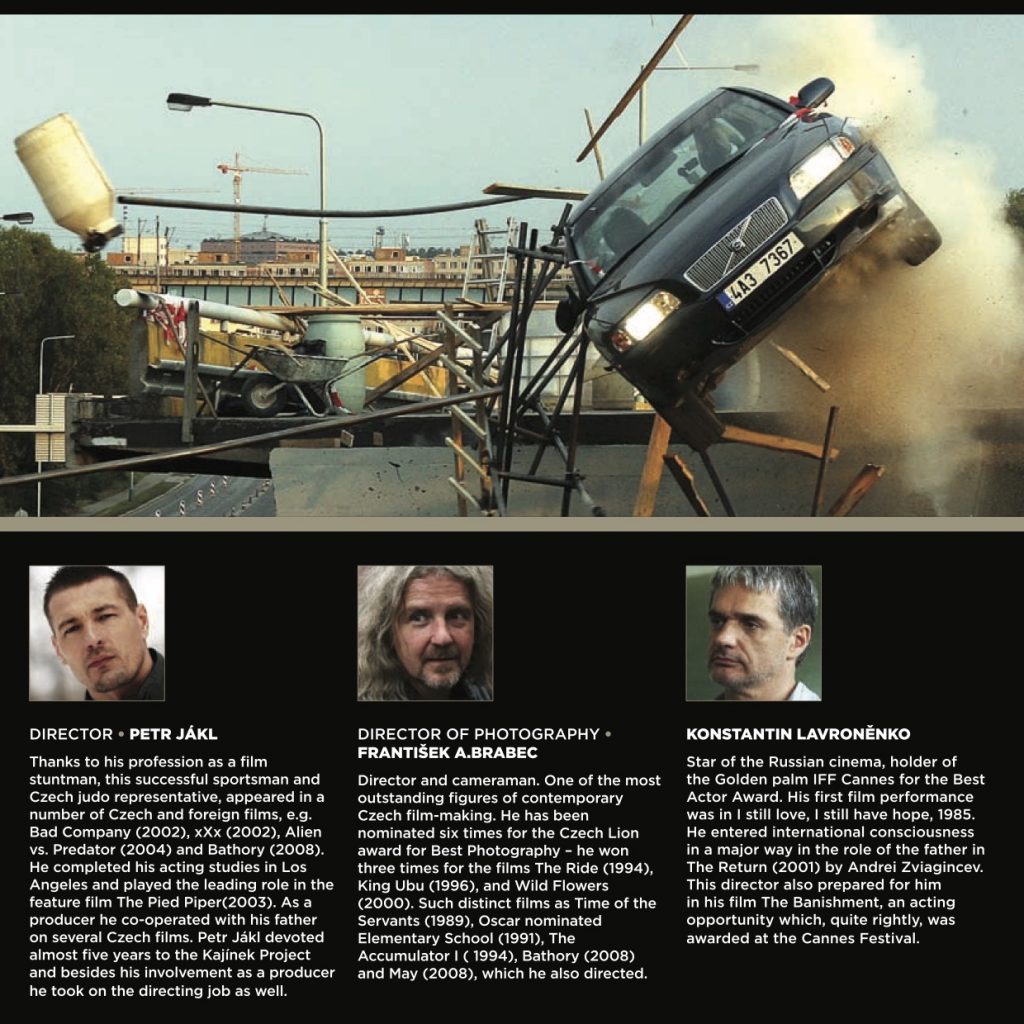 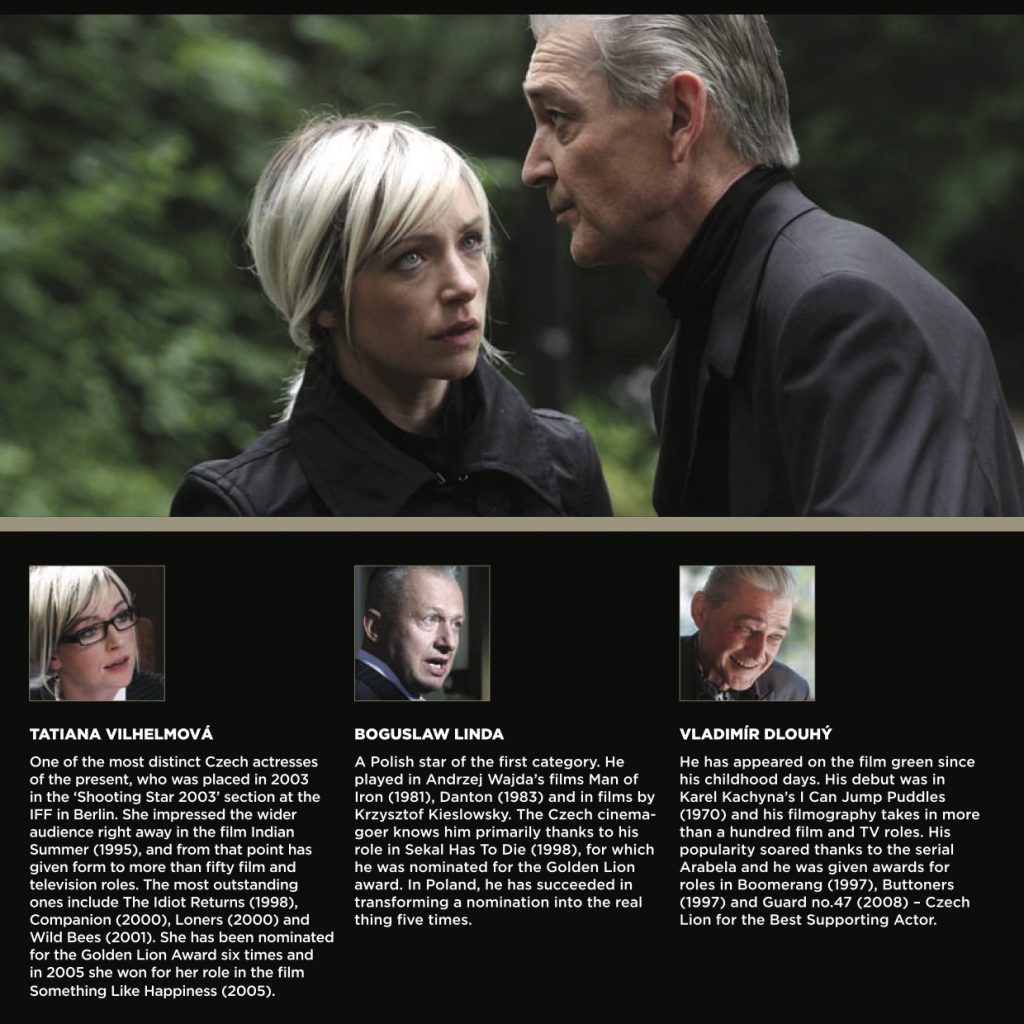 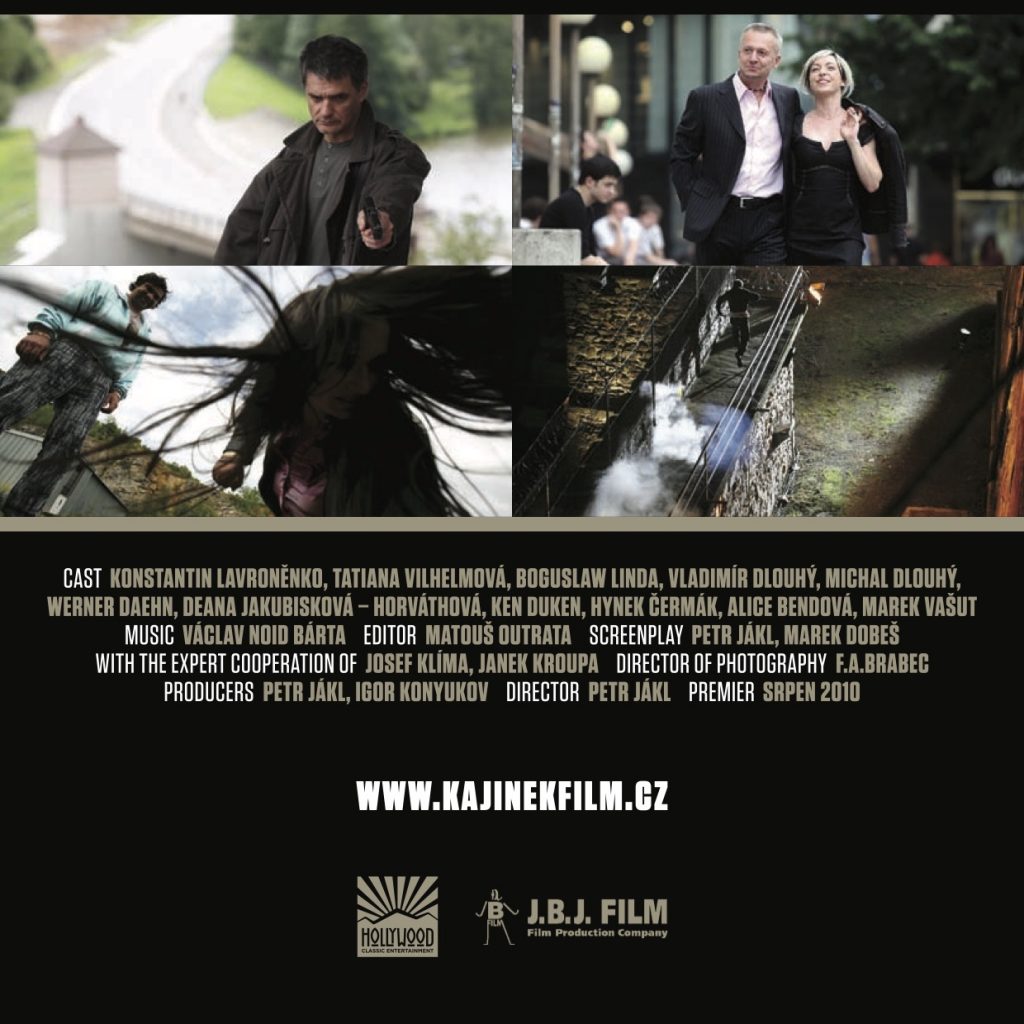